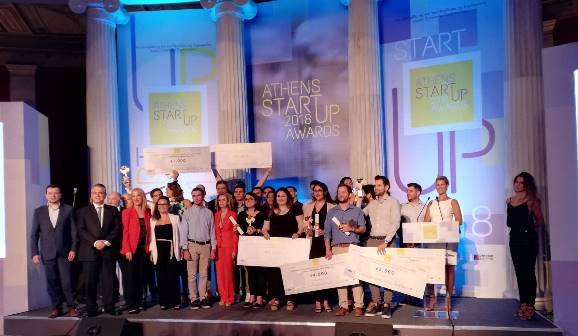 The Athens Startup Awards ceremony was held for the second consecutive year in Zappeion and was organized by the Athens Chamber of Commerce & Industry and the Attica region. The event was honored by the presence of the Minister of Digital Policy, Telecommunications and Information Nikos Pappas and the Attica Regional Governor Rena Dourou, along with representatives of the industrial and commercial space.

Speaking at the ceremony, Minister Nikos Pappas referred to the technological future of the country and stressed that “The new era for Greece also means an era of development and diffusion of new telecommunications. An era of high-speed internet connectivity, an era of huge investments in the development of these applications.

12GODS was distinguished in the top 20 among 170 teams from all over Greece.